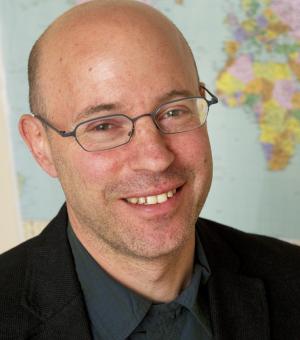 I joined the African Studies Centre in October 2011. Much of my works explores South African people and institutions in the wake of the transition to democracy. The institutions I have written about are the prison, the farm, the police and the clinic. The common thread between these projects has been an investigation into how political transition has changed the filigrees of unwritten rules through which individuals understand their lives and relate to others. I have also, of late, written on Liberia’s recent civil war and some of the questions it has raised about migration, exile and transitional justice, and on the Somali diaspora.

My latest book, A Man of Good Hope, published in 2015, records the life history of a Somali man who fled Mogadishu as a child in 1991, grew up itinerant and unsettled in various east African countries, and finally made his way down Africa's eastern seaboard to South Africa when he was in his early 20s. His story is a frame for exploring a range of African questions, from state collapse in Somalia, to the relationship between formal state institutions and undocumented people, to xenophobia in South Africa.

On the African Studies MSc I convene the second term of the Core Course on Themes in African History and Social Sciences, and offer an option called Violence and Civilisation available both to Africane Studies and Criminology MSc Studies.