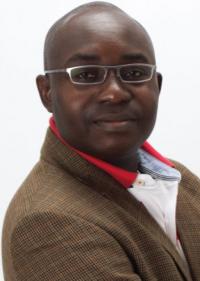 The African Studies Centre is delighted to announce that Prof. Wale Adebanwi has been appointed Rhodes Professor of Race Relations and will be joining us in July 2017. With doctorates in both Political Science (University of Ibadan) and Anthropology (Cambridge) and a stellar writing career that encompasses religion, democratisation, youth, ethnicity, spatial politics and cities and much else besides, Prof. Adebanwi will bring enormous range and quality to our teaching and research. Among his many publications are Yoruba Elite and Ethnic Politics in Nigeria (Cambridge, 2014) and Authority Stealing: Anti-Corruption, War and Democratic Politics in Post-Military Nigeria (North Carolina, 2012).

As co-editor of the journal Africa, outgoing co-editor of the Journal of Contemporary African Studies, Visiting Professor at Rhodes University in South Africa and with close ties to the Nigerian academy, Prof. Adebanwi is a global leader in the African Studies community. We are enormously excited by the prospect of having him here and look forward to welcoming him later this year.